The only thing Brenda & Craig did NOT want to do was to frolic through the park, while holding hands, with butterflies released at the perfect moment, etc.- I think you get the picture. Here are a few favorites: 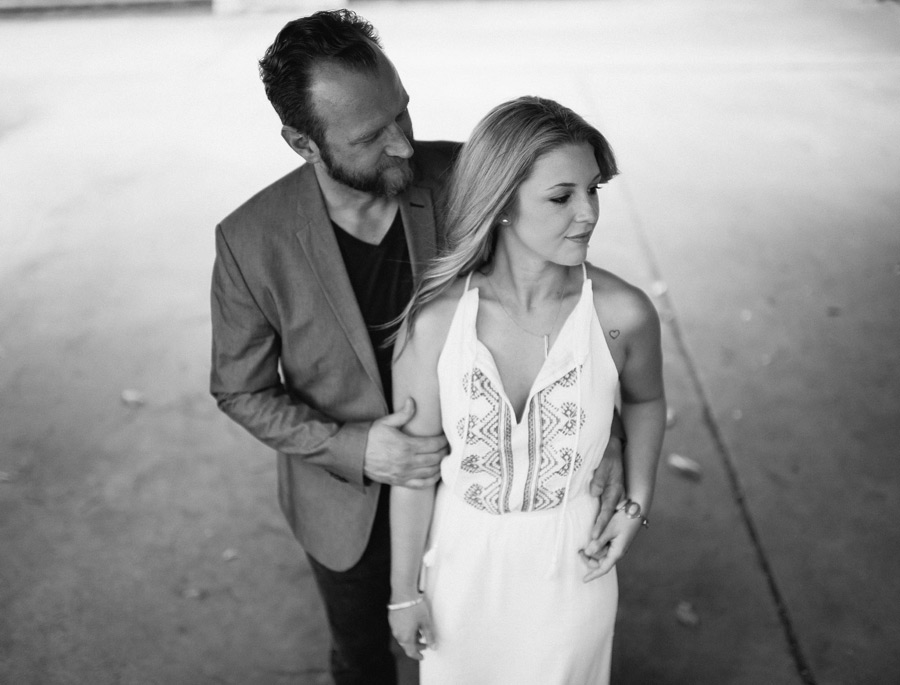 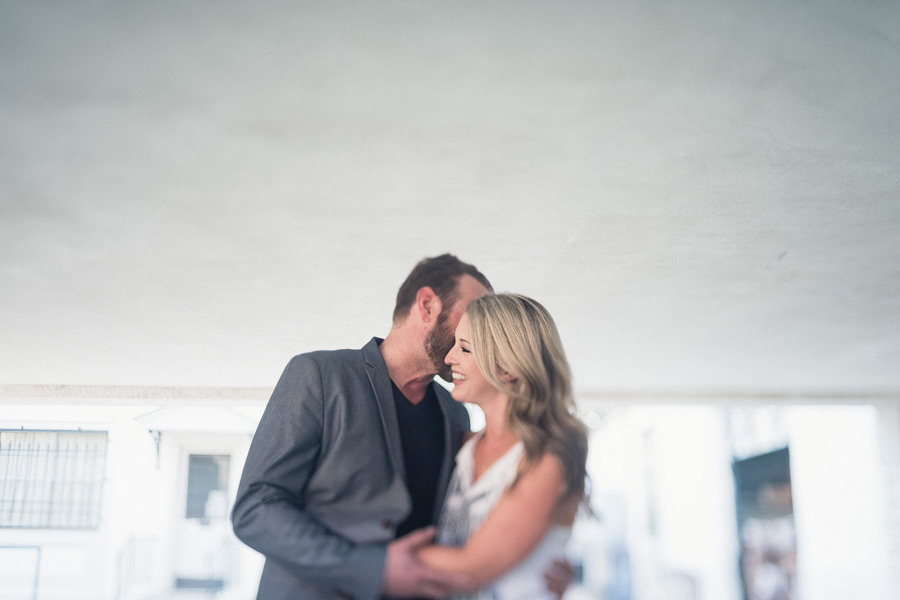 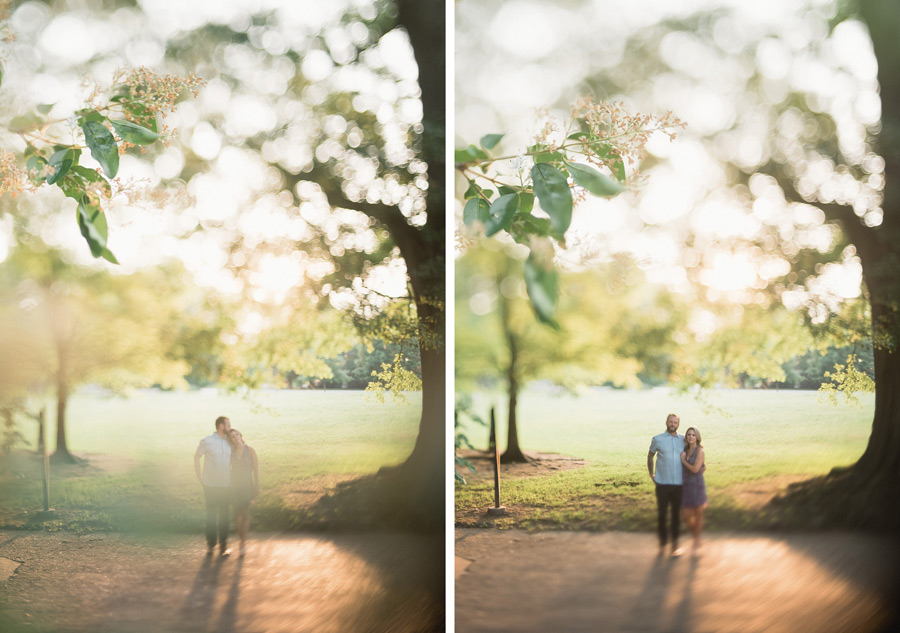 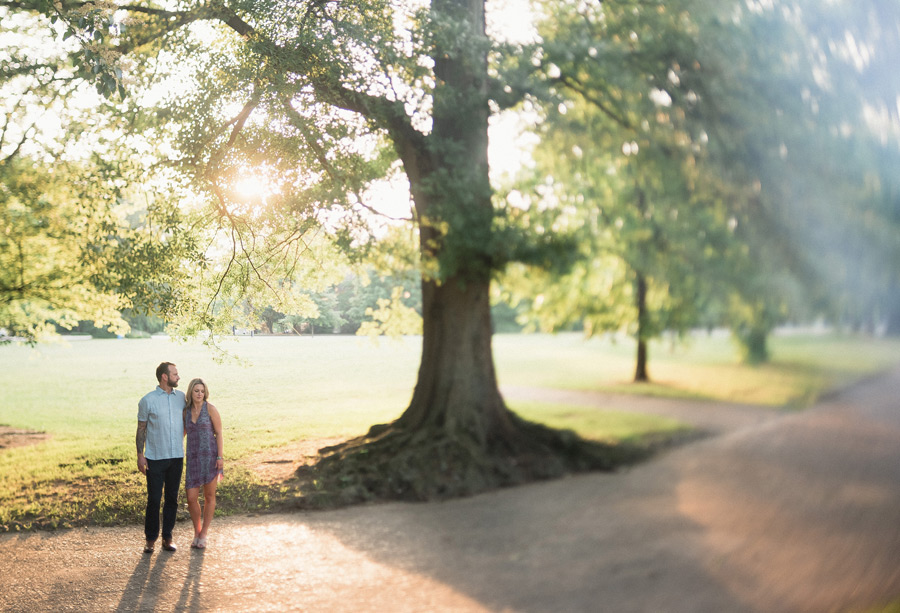 Their full gallery can be found HERE.

one thing we love about our job is getting to know families. throughout a wedding day we find ourselves capturing such intimate moments that by the end we feel an almost family-like connection with not only the bride and groom, but also their families. because of this, it’s always exciting to hear from someone we’ve met at a previous wedding regarding his/her own wedding! it’s the highest compliment, since they’ve seen us work so closely before and it’s also such an honor to be trusted to capture more than one life-changing event for one family. that being said…

meet hillary & jon! matt & i have known hillary for, oh my gosh, SIX years!? has it been that long!? years ago, we all worked at the same summer camp- the very same camp, in fact, where hillary eventually met jon! and then there’s jon, who we took pictures of for four days straight when his older brother married one of my favorite people ever in new york city back in 2009. so, bottom line, we are so so excited to be shooting hillary & jon’s wedding! it was really great to spend the afternoon and evening with them because, for all we do know about one another, we had never really spent time with just them as a couple. we very quickly realized how lucky we are to capture them together- their pure joy and connection is just so evident every time they look at one another- we feel so privileged to call them our friends. 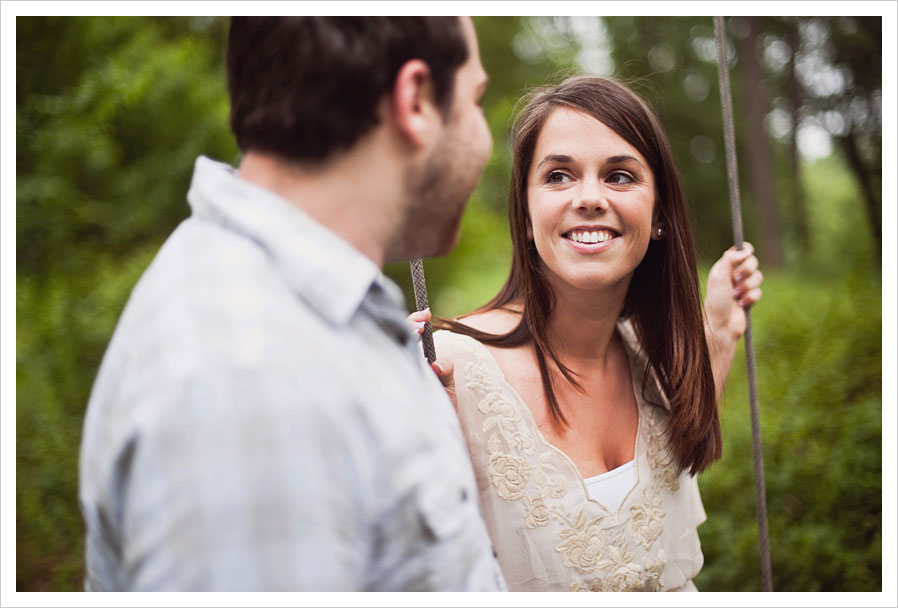 we usually try to leave random houses out of the background of our photos.. ;) but this angle was not to be left out, haha: 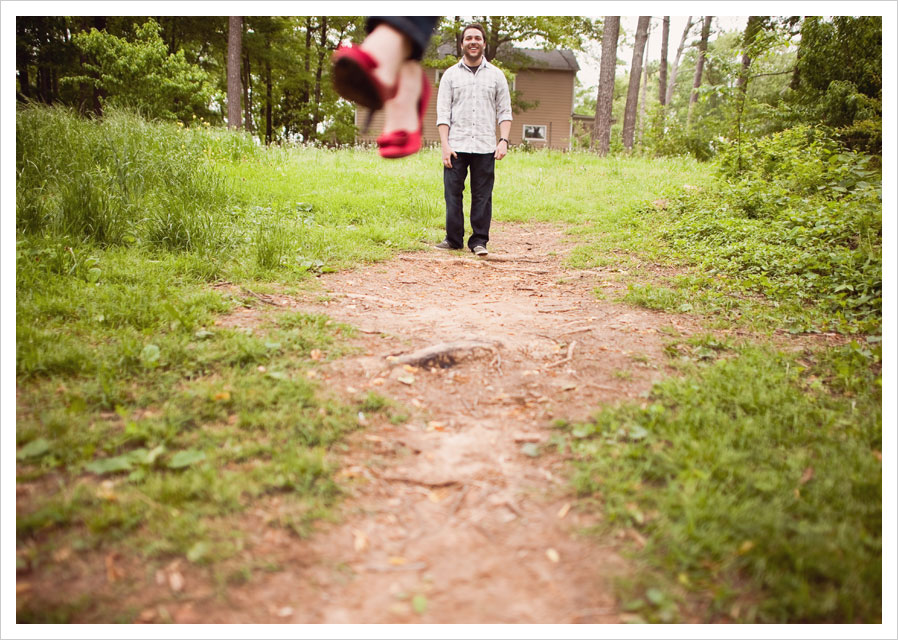 in love with this next one. for as bubbly and joyful and full of laughter as these two are, they also share some stunning quiet moments. i just think this is such a beautiful picture of complete comfort and love: 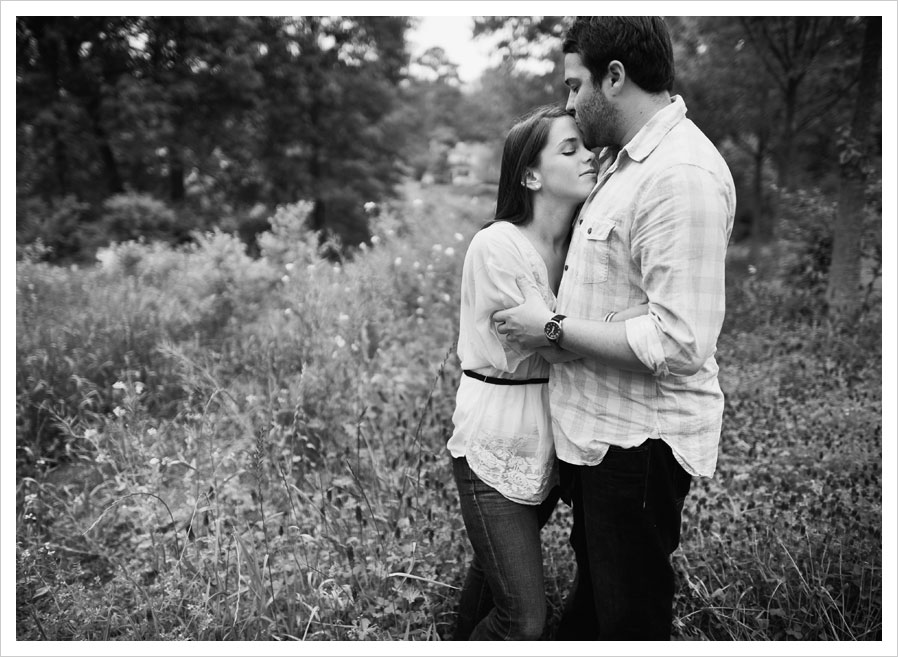 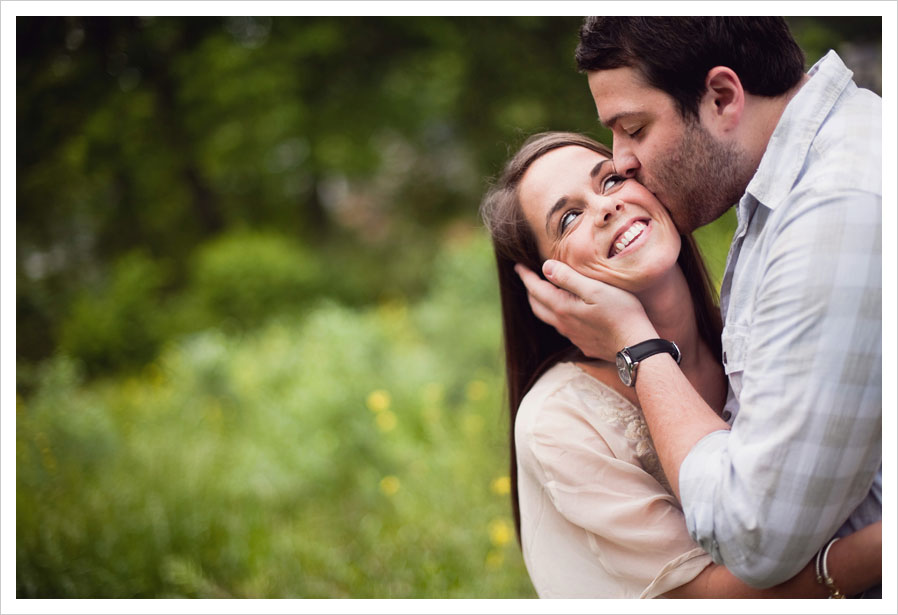 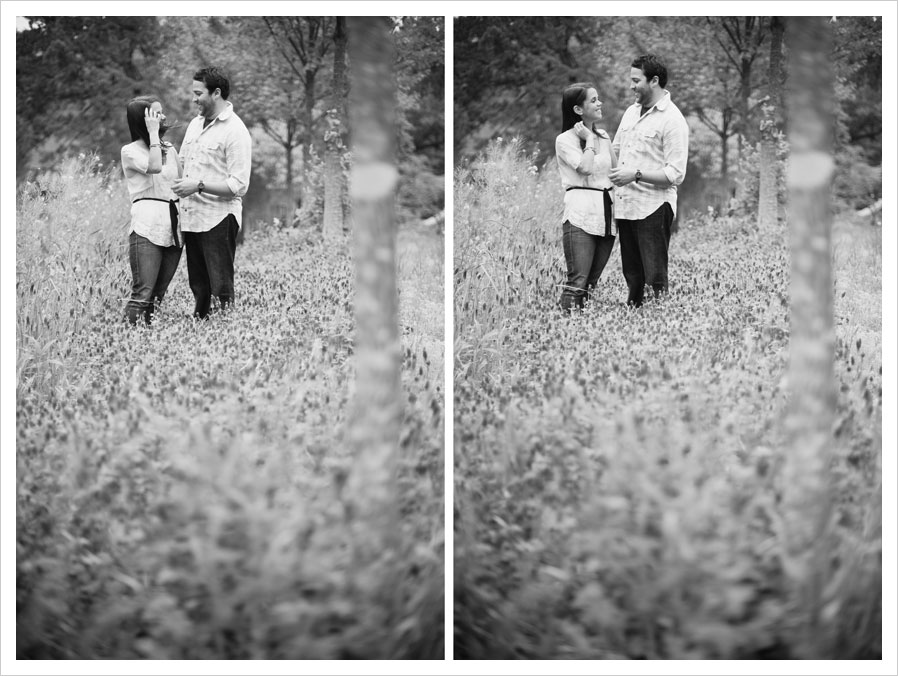 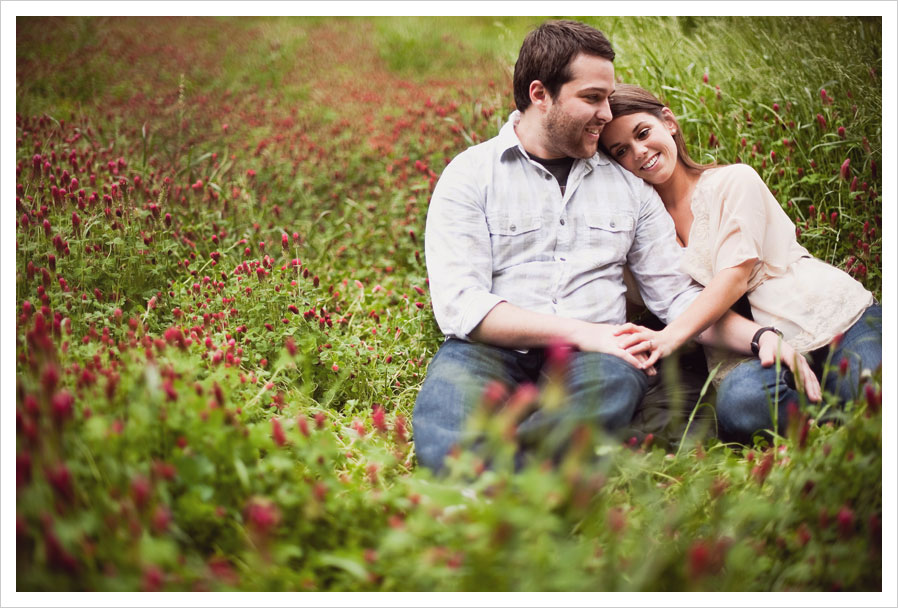 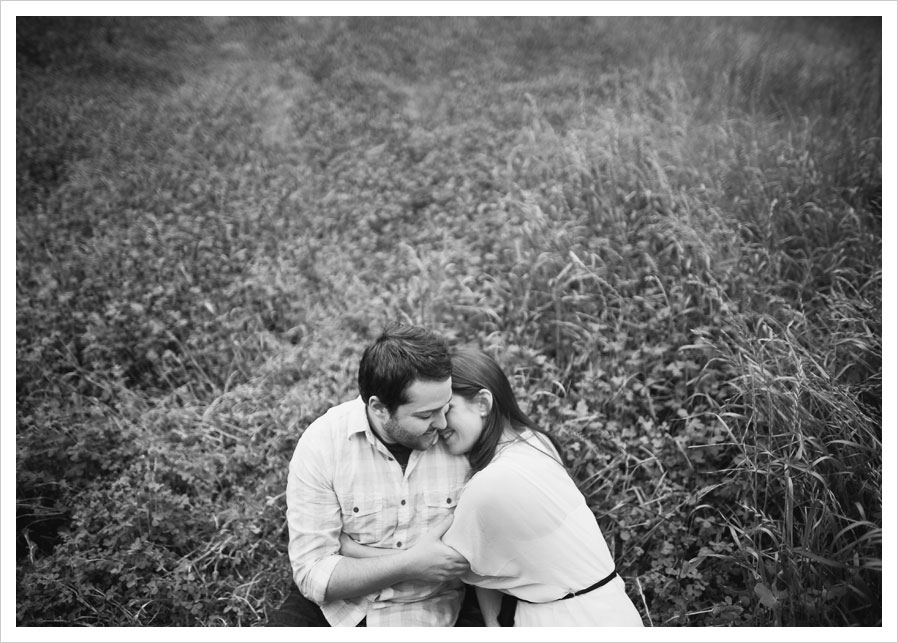 matt & i had so much fun looking through hillary & jon’s images- they are just so full of life! i’m thinking there will never be a dull moment in their future- they really do make the most of their time together: 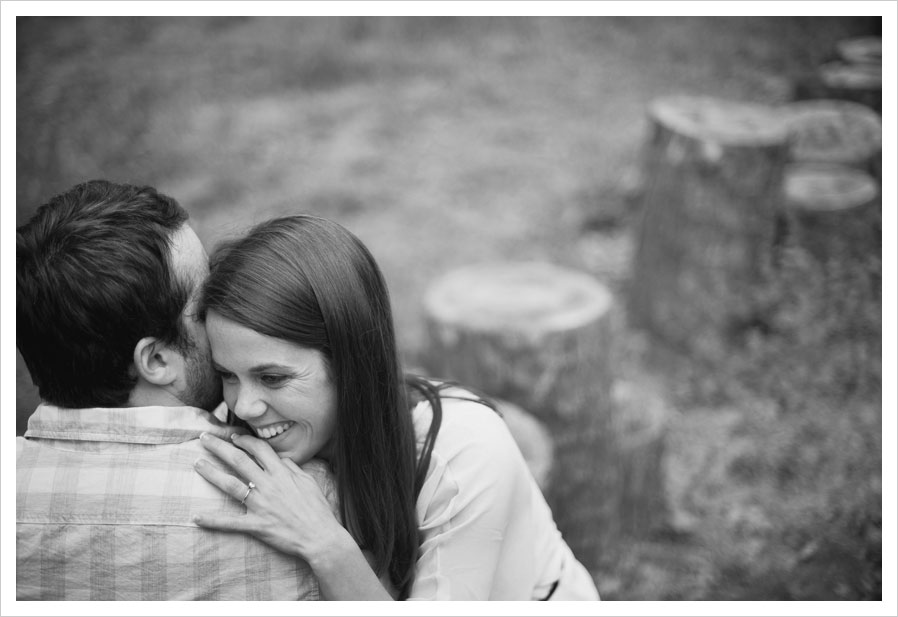 after a quick outfit change (where hillary dons an adorable blue dress and sassy heels), we head to a skinny abandoned alley where we gingerly step over broken glass and worse for a few more ‘urban’ shots, haha, they’re such good sports! 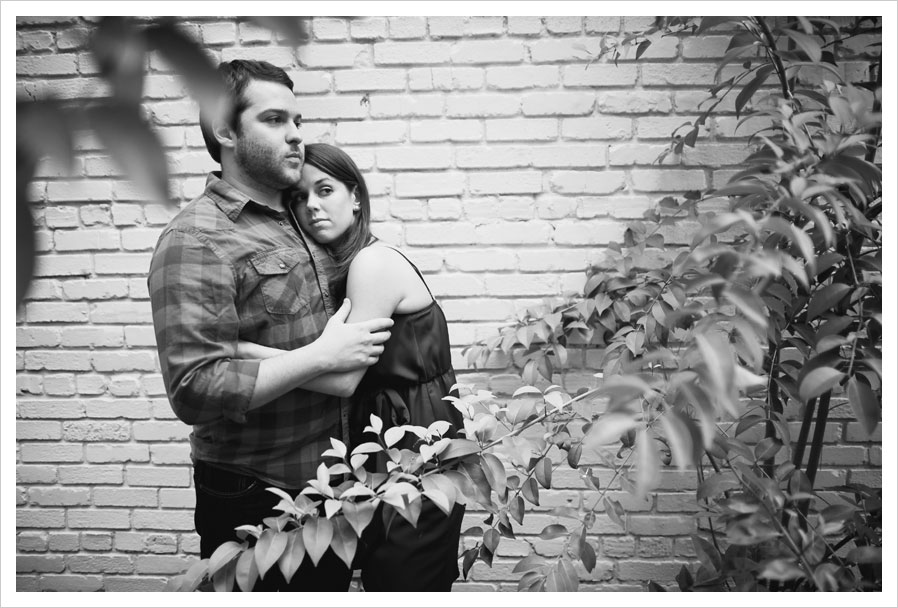 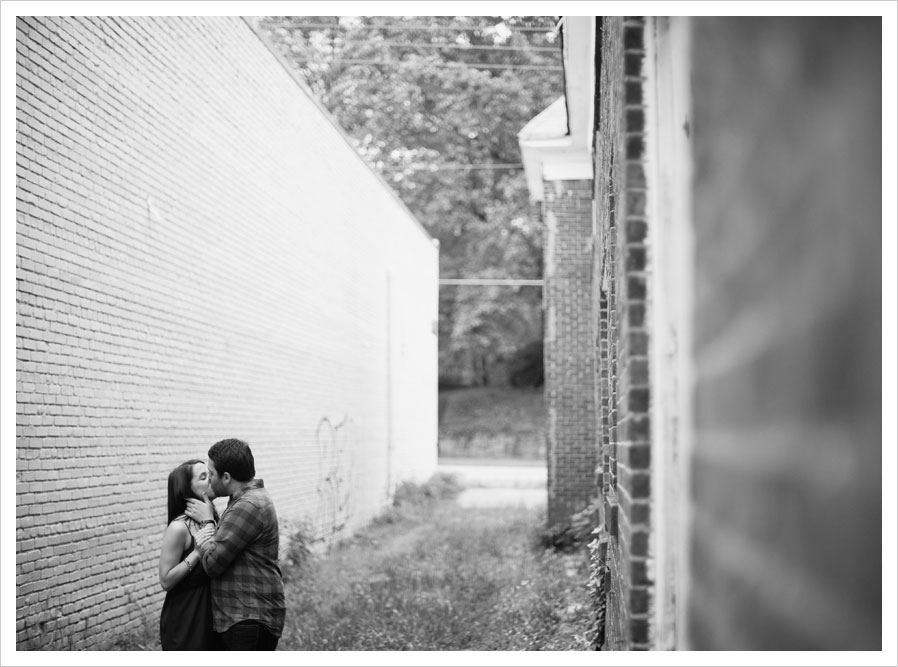 and then! just as the temperature started to drop, we made one last stop at a windy overpass to add a little ‘city’ to the shoot. two thumbs up for hillary who powered through the chill and managed to look perfectly adorable in the process: 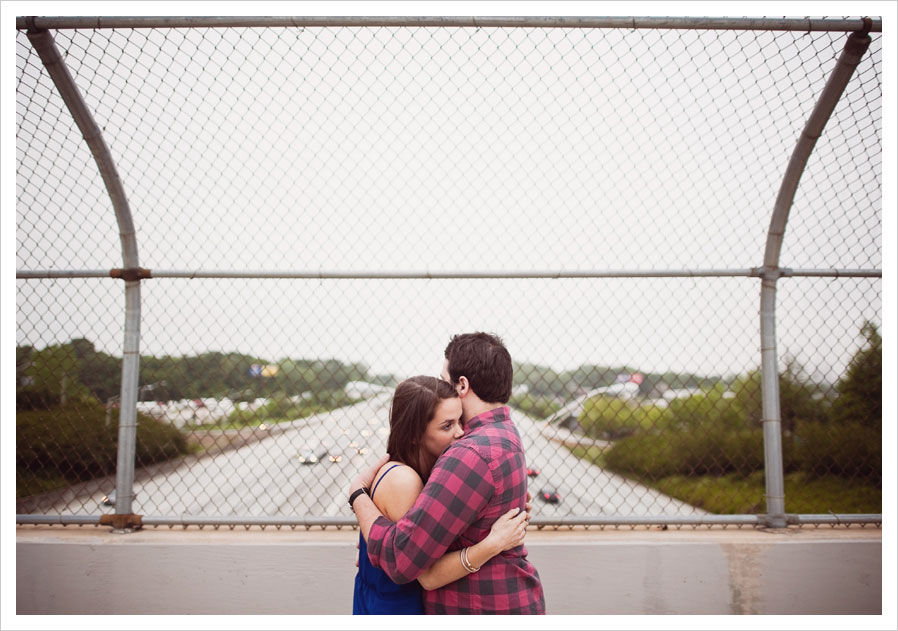 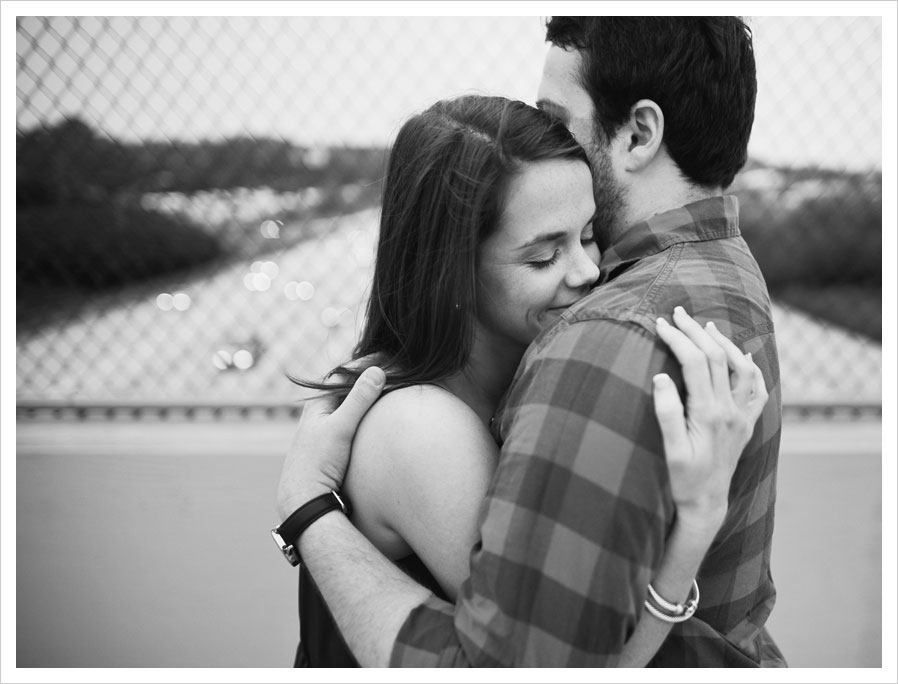 hillary & jon, you are awesome! we had such a great time taking these photos and we are so excited about your upcoming wedding! see you in new orleans!

matt & i first had the pleasure of meeting atoya last spring. at the time it was a quick introduction, as she was just beginning jennifer’s wedding day makeup and i couldn’t wait to start taking images of the process! jennifer’s makeup turned out beautifully and we were once again struck by how many amazing people we get to work with in this industry- love it! so, of course, it was such an honor when we heard from atoya about her own wedding!

fast forward to an overcast, chilly february evening, when we had the pleasure of meeting sam for the first time and taking some engagement pictures with them. we’d been in touch with atoya leading up to their shoot and she expressed their love of the city landscape as well as her attachment to old hollywood, dramatic, black and whites. what a perfect vision for a shoot in midtown in february! the wind helped create a little sass and the city lights allowed us to shoot well into the evening and capture some out-on-the-town, more photojournalistic images as well. it was a great shoot; atoya & sam are so cuddly and sweet together, they were a joy to capture. they also know how to pull off some serious drama which worked so perfectly with her vision! bottom line, it wasn’t until we were done shooting that matt & i realized we were freezing- THAT’S how much we enjoyed our afternoon with atoya & sam. :) 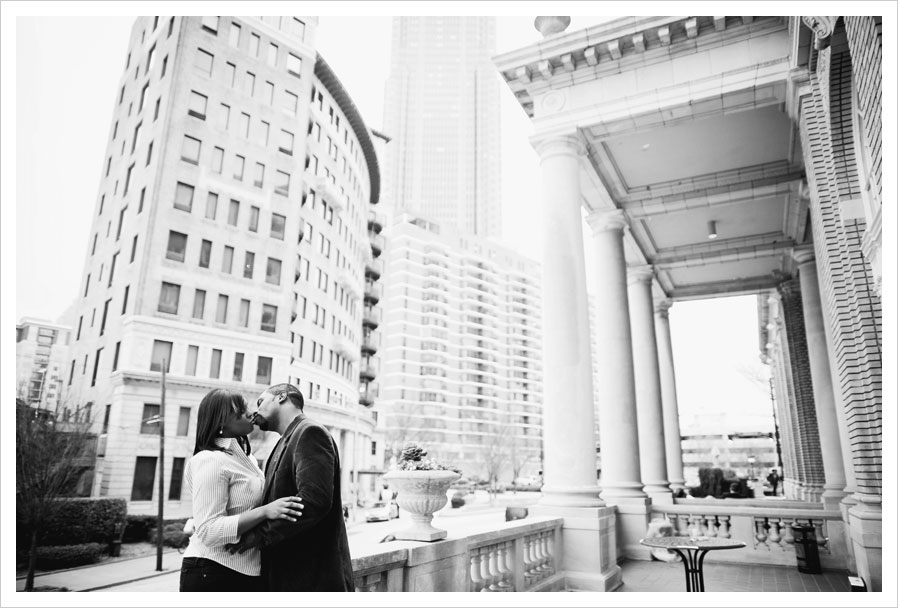 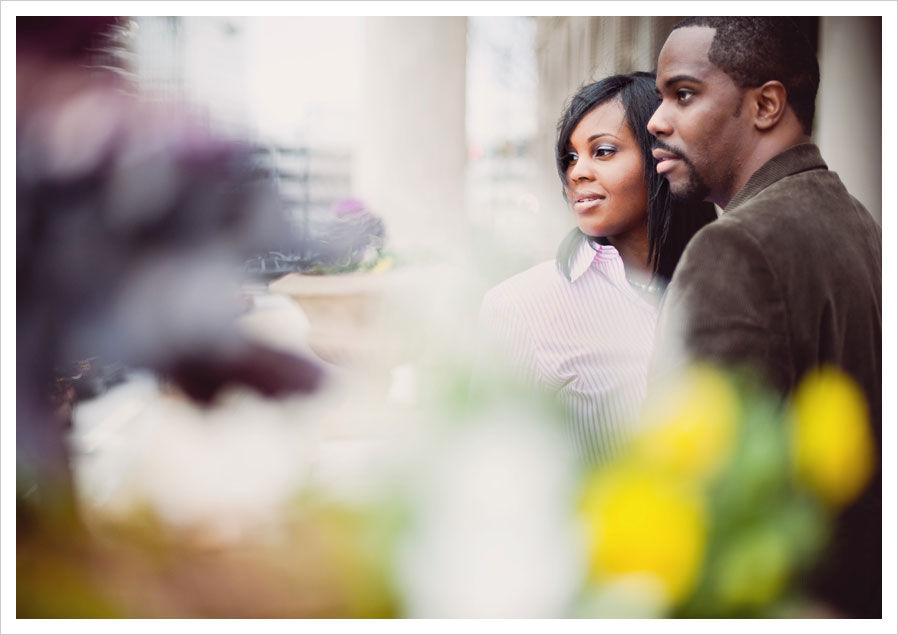 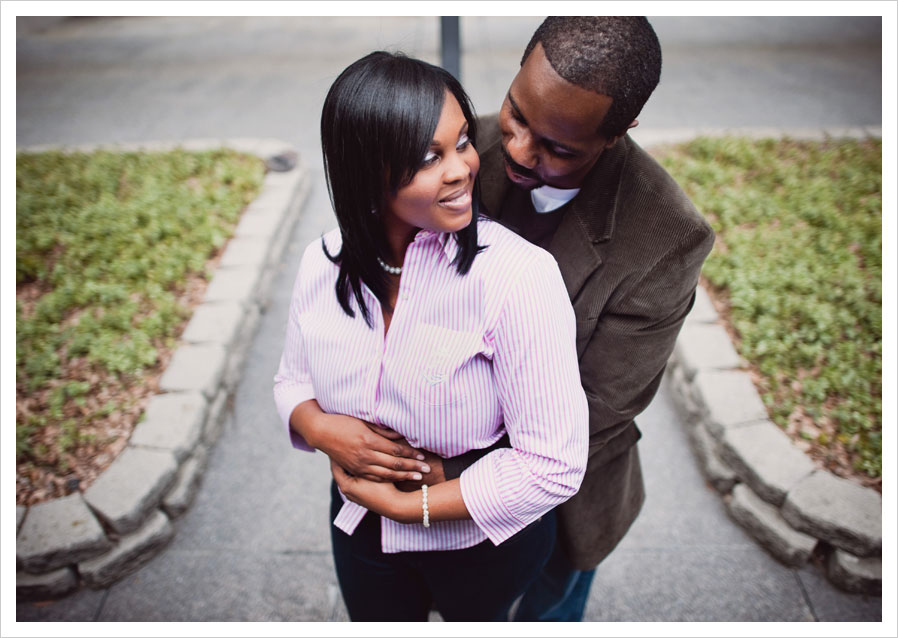 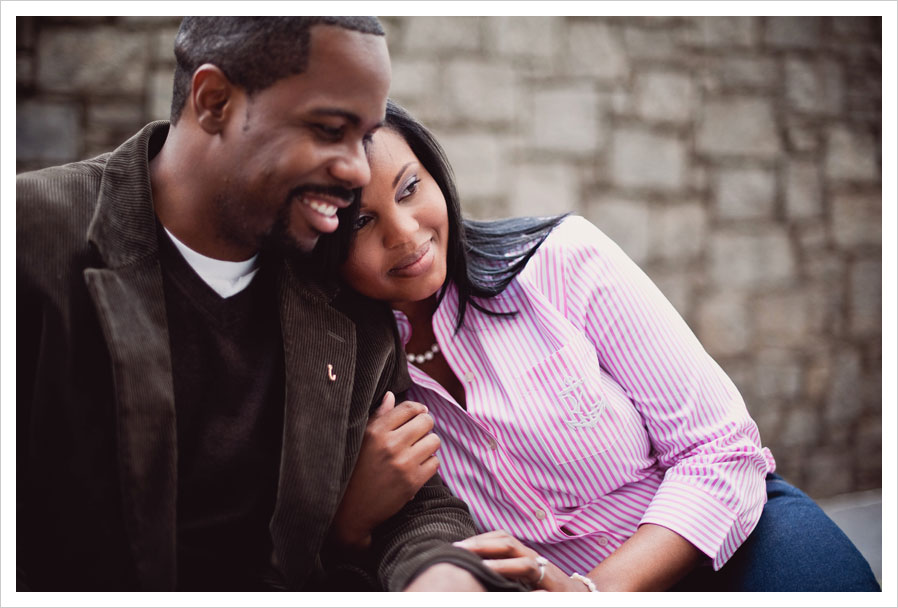 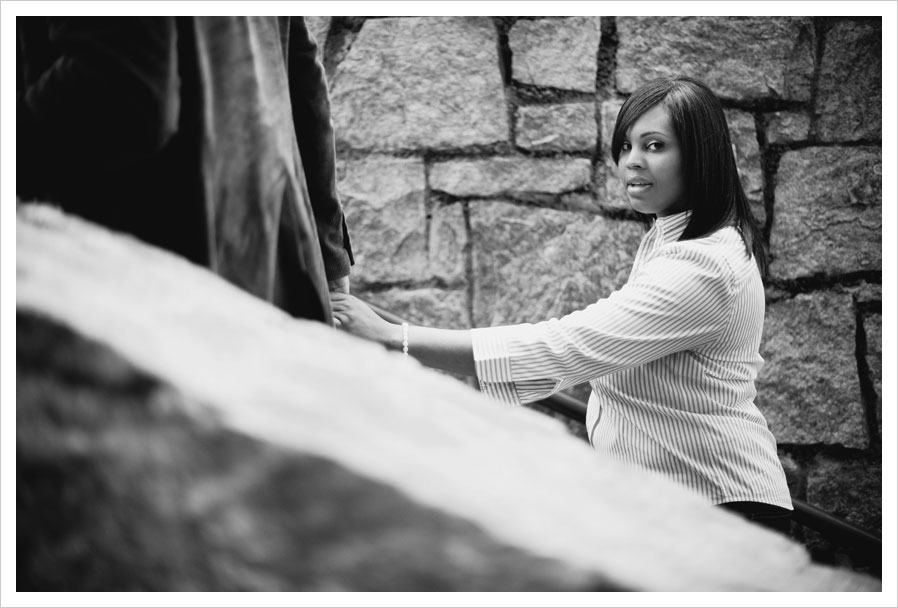 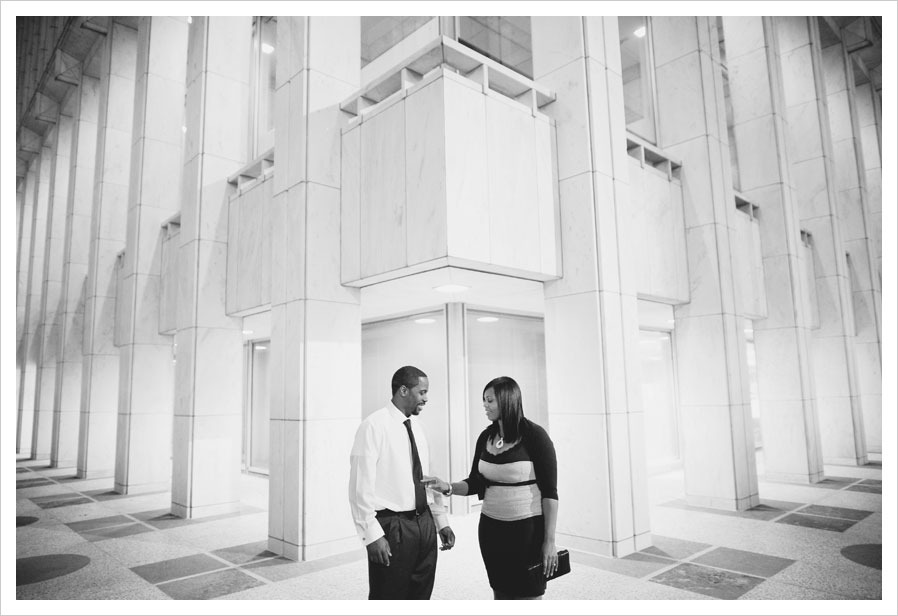 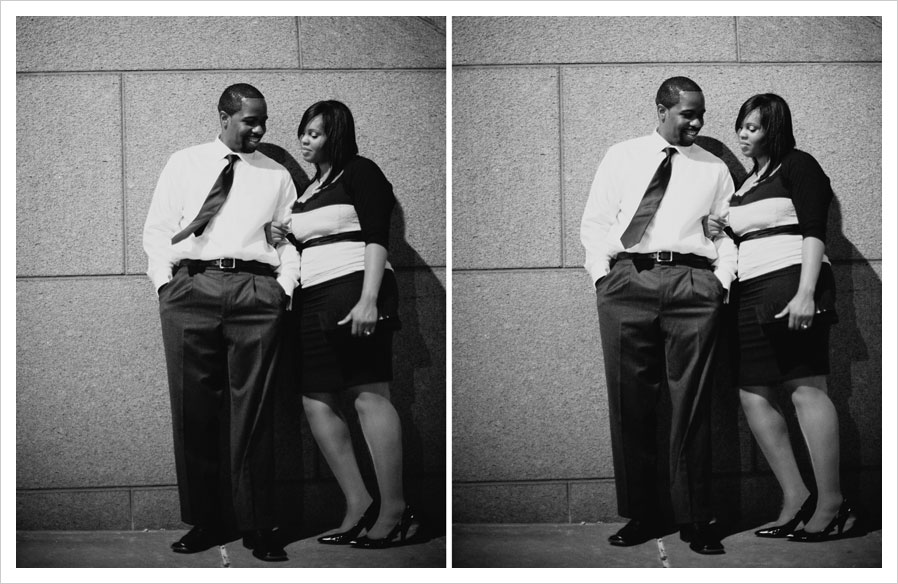 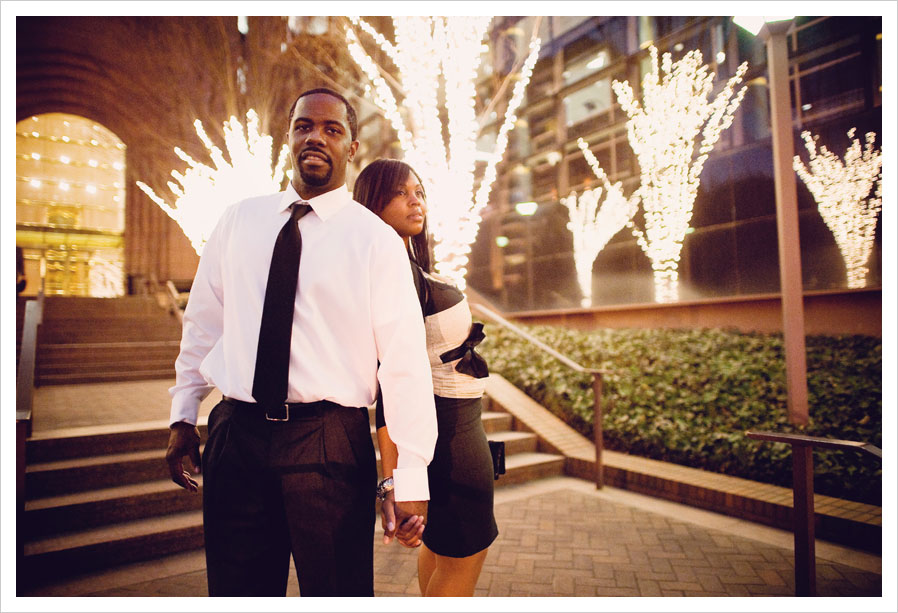 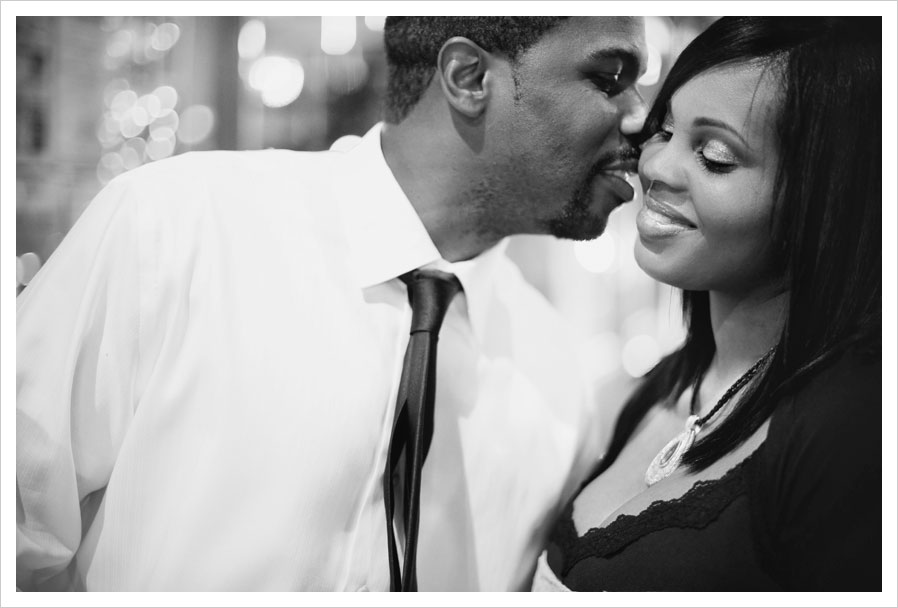 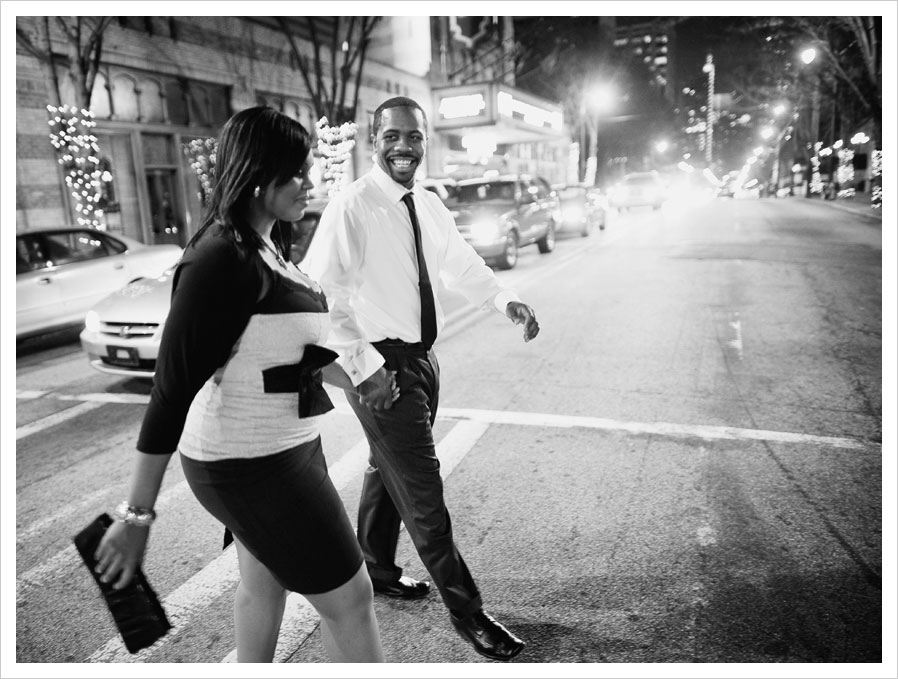 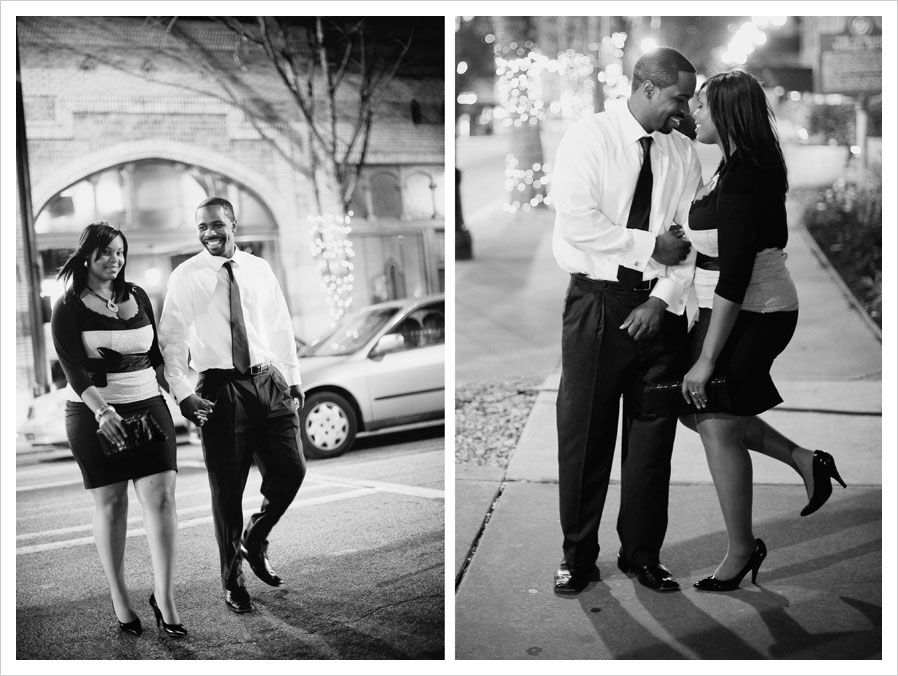 atoya & sam, you guys are so perfect together. every second of our shoot with you was a joy and you guys were such good sports about all of the crazy locations we had in mind. ;) we really enjoyed working with your vision and we are so excited about your upcoming wedding!