we first met marshawn over coffee- well actually she had a soy chai latte with honey and i had a smoothie. i think this tells you a LOT about each of us. ;) marshawn is one of those people that the second you meet her, you know she’s a powerhouse. and brilliant. and beautiful. seriously, she’s just as amazing (intimidating) as she sounds. ;) so i just sipped my purple smoothie and listened as she told us about her amazing best friend and fiance, jason. i left already in love with their relationship, their wedding plans and the new family they were going to be together. neither matt nor i could wait to meet jason- on friday we finally did.

we planned to meet in decatur so we could scope out a new location (i feel like i’ve been saying that a LOT recently…?) and when marshawn and jason arrived it was ON. jason instantly lived up to everything marshawn had told us about him- he’s funny, spontaneous, crazy- the list goes on- but most of all he is HEAD OVER HEELS for his lady. together, they bring out the best in one another, their smiles and laughs are contagious- more than one person on the street stopped to comment on how perfect they are and wish them the best. i hope these pictures portray even half of all i’ve just described! 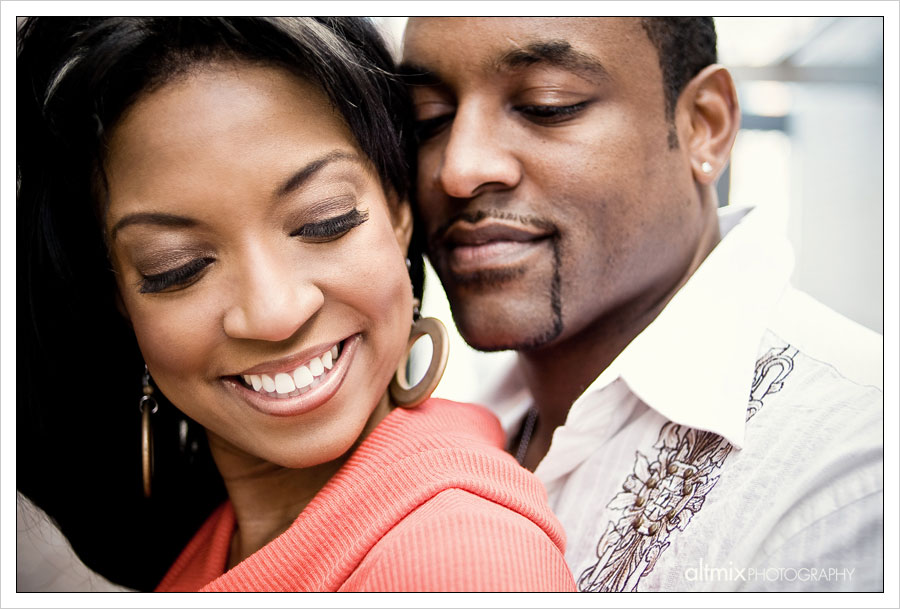 throughout the shoot, marshawn and jason were so playful- dancing, picking each other up, goofing off- they even showed us their own personal handshake! (*we NEED one of those, babe!*) it was wonderful to work with a couple who plays together- there was never a dull moment and we were able to capture some of the sweetest looks! 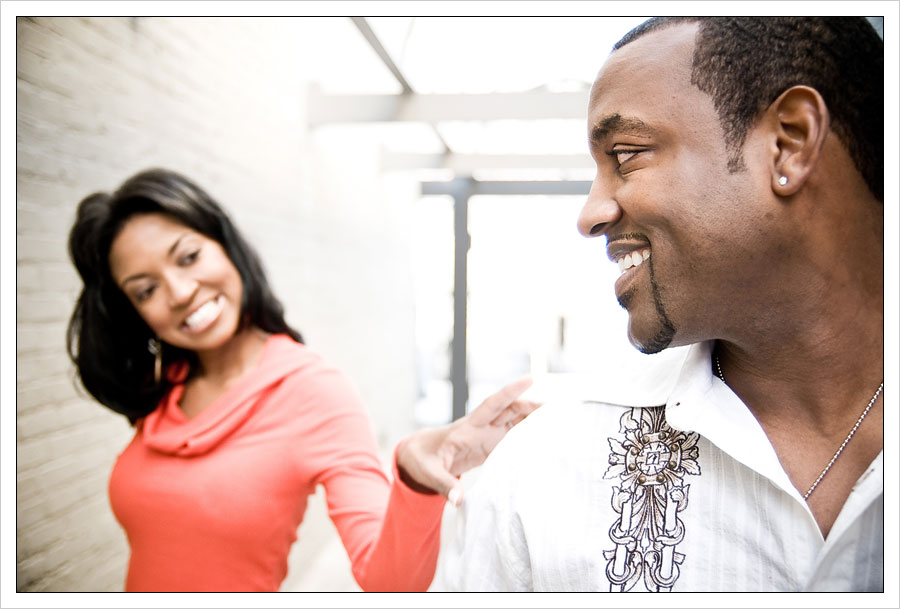 this shot seems to have an old world feeling about it to me- black and white was a MUST! 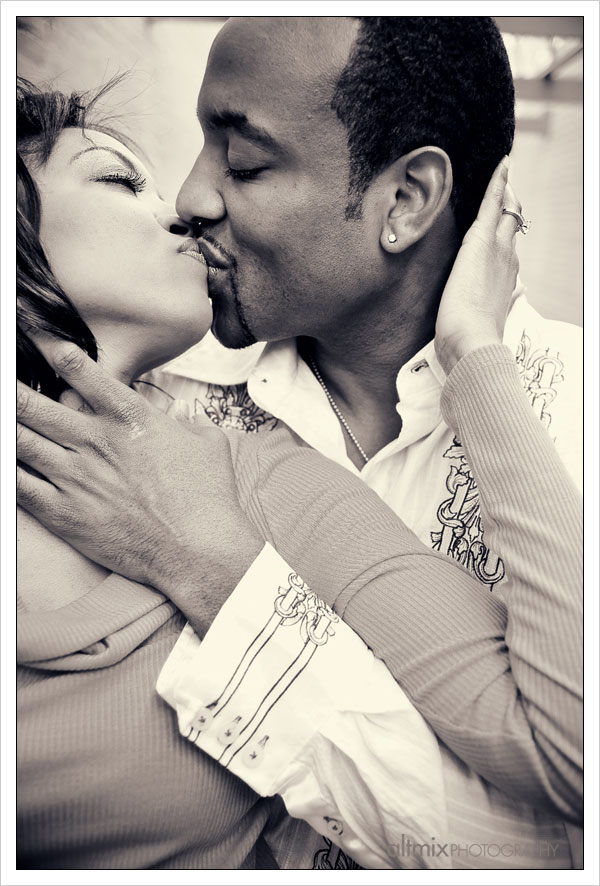 i see STUNNING children in their future! during the shoot, jason was joking about having lots of kids…i think society would be ok with that!! :) 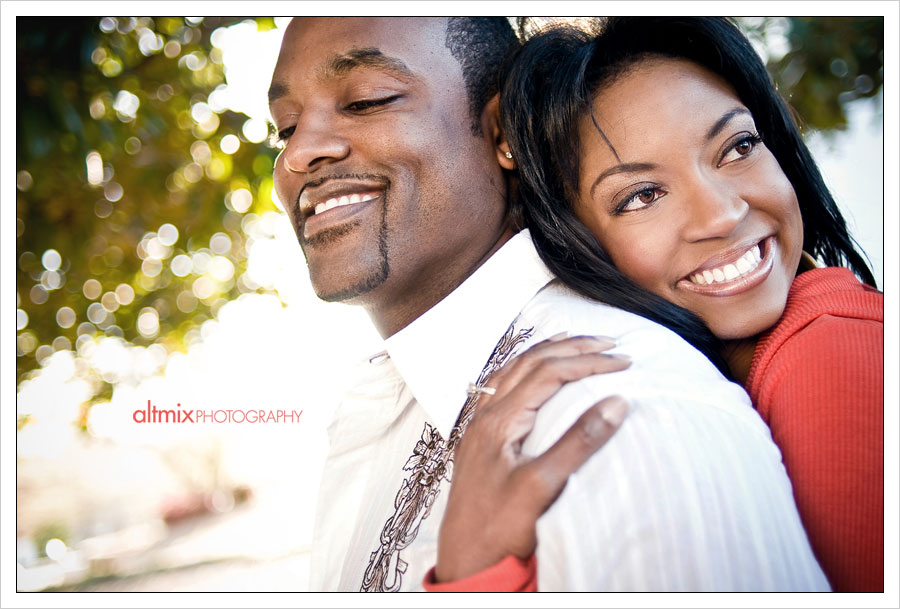 these big, old trees were filtering the light in such a beautiful way and created such a nice frame for them: 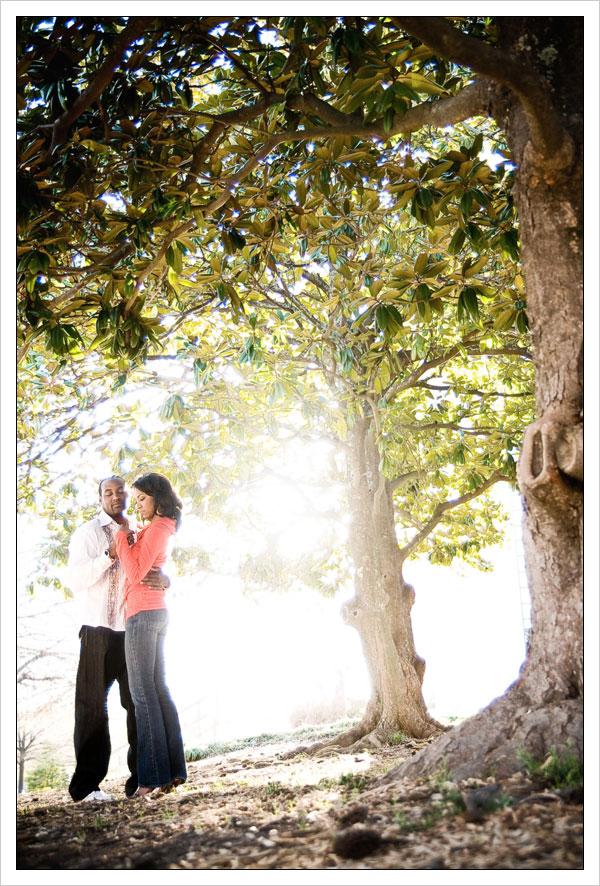 i LOVE how sweet and protective this next image is: 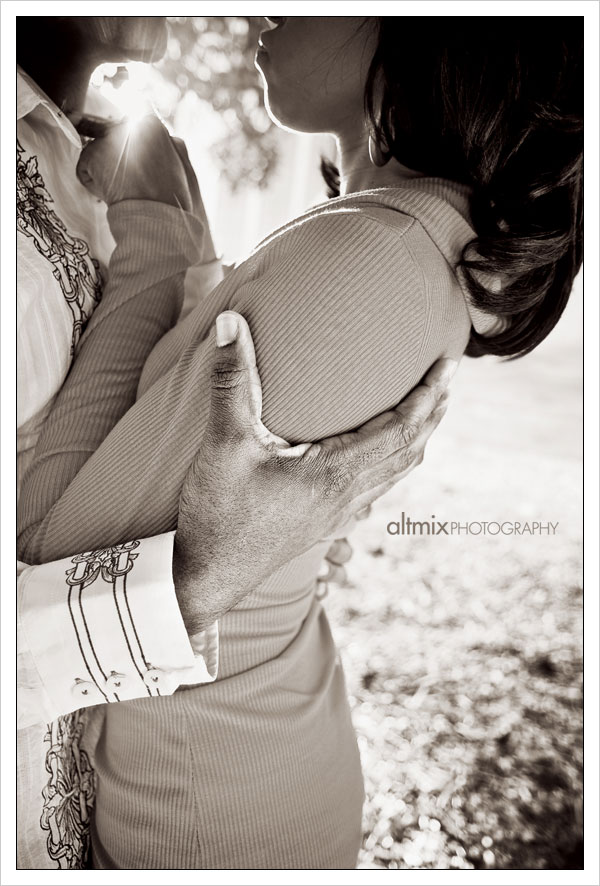 matt deserves full credit for this next image- the direct composition and the unique crop is totally his style. love this! 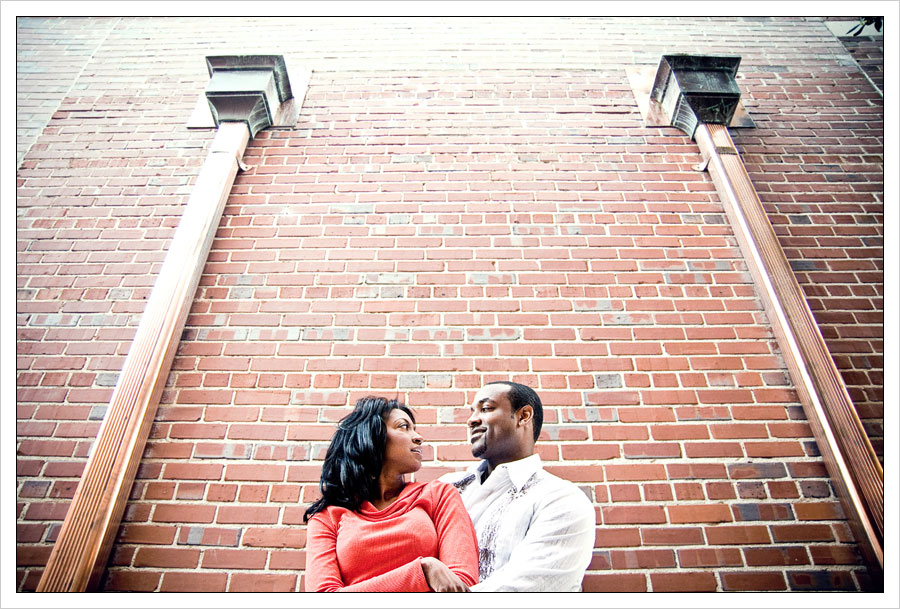 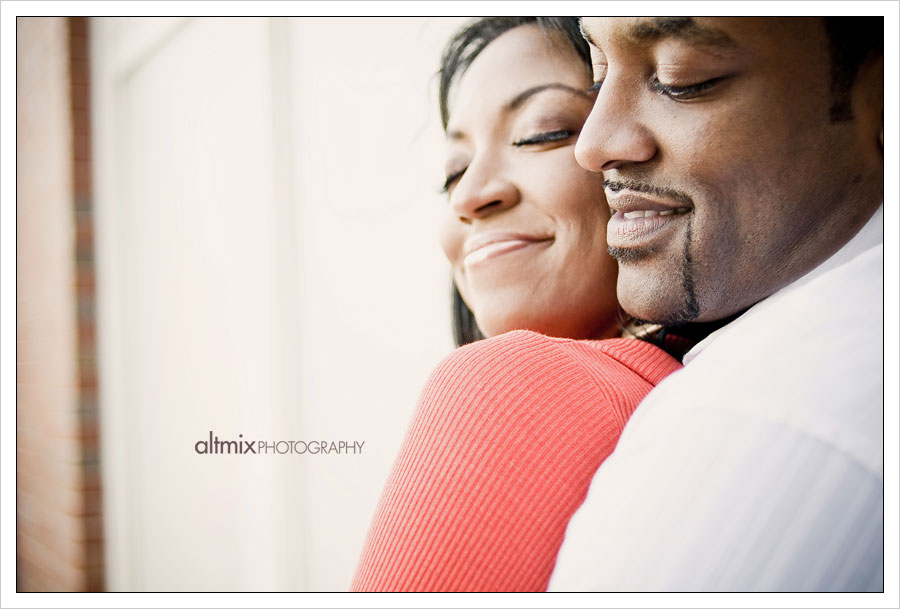 as the sun set we grabbed a few more on the way back to the cars. i love the warmth of these last two: 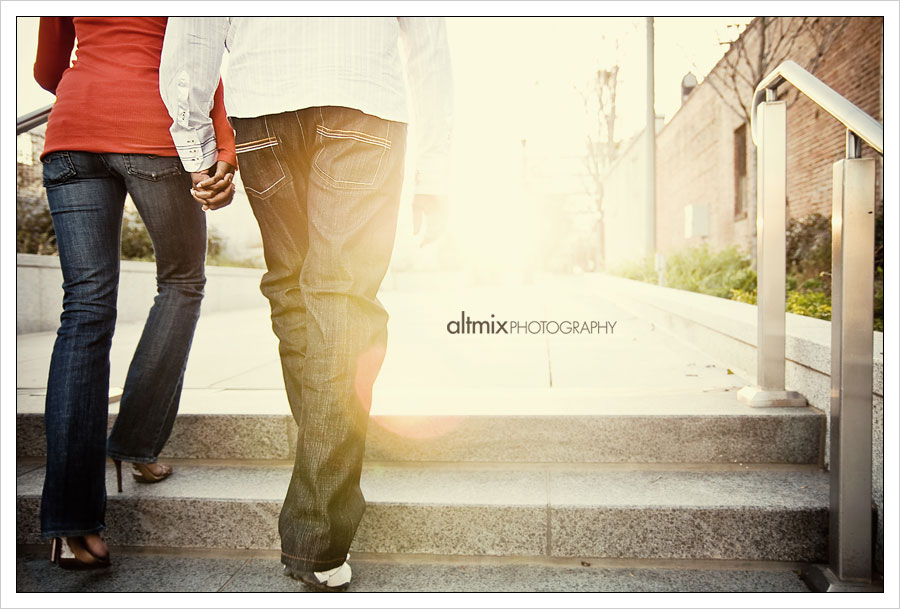 forehead kisses are one of my favorite things to photograph- no idea why, i just think they are adorable! 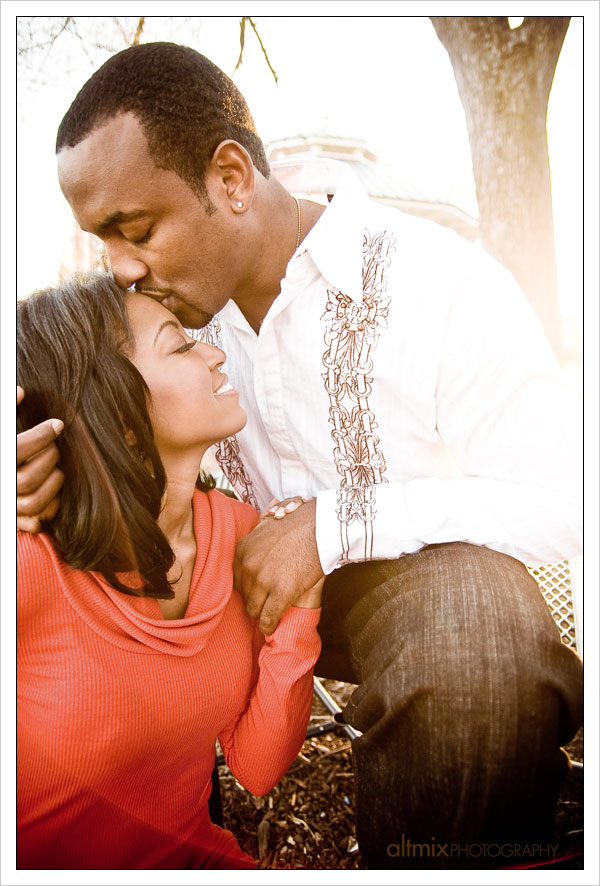 marshawn & jason, thank you so much for taking the time from your busy lives to meet up with us for a few pictures! we are so thrilled to be working with you both and we cannot wait to see you again!

amy & chad’s beautiful wedding and chic reception has been posted on the site! check out the diy decor, perfect!

the summer after my freshman year of college my hair went from black & white streaks with a little blue, to orange, to greyish, to dark brown- all mostly by accident. i was pretty fearless when it came to trying new things and my locks suffered. i’d get an idea, try it on myself -and whoever else was around, i owe some apologies- spend a few days trying to fix it- the cycle never ended.

until one day matt put his foot down. after kindly suggesting i wouldn’t look my best bald -and comforting me after i took it personally- he convinced me to shake on not dying my hair for an entire year. after a few months i got used to the idea that i was going to have boring -mousey brown sorta curly but mostly not- hair. i’d cut it periodically but usually just wore it up and ignored it.

no longer. it’s time for a change. no matter that with the thought of dye, anxiety creeps in. with matt’s support i’ve started looking around for ideas and rekindling my old creativity- but matt says we should pay a professional, we’ll see. anyway, here is a little inspiration board i put together this afternoon: 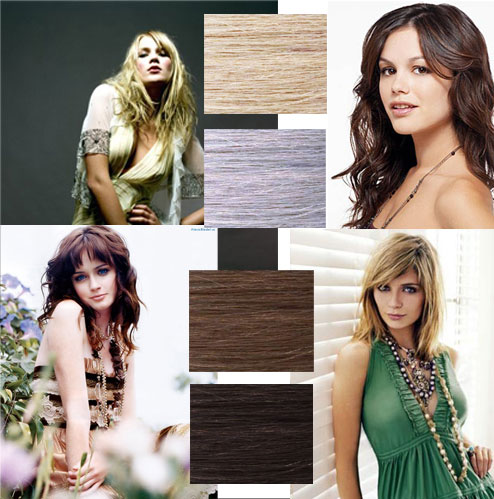 i want to be able to rock the professional hair as needed but for everyday it needs to be fun. low maintenance. interesting. matt questioned me about the purple but if it’s in the right areas i’ll be able to hide it as needed- i think he’s convinced. anyway, what have you done? what would you never do again? i guess i’m asking for suggestions. i don’t want to be bald!*

*but i do love bald people.

this weekend we labored not. instead we celebrated the working man by chillin. and what a great weekend it has been- marked by good friends, large entrees, football, beautiful weather, exploring and relaxing. i told you i would try to grab a shot of my little brother for you- and i did! so here he is with his lady, jess, just before heading out for the clemson game: 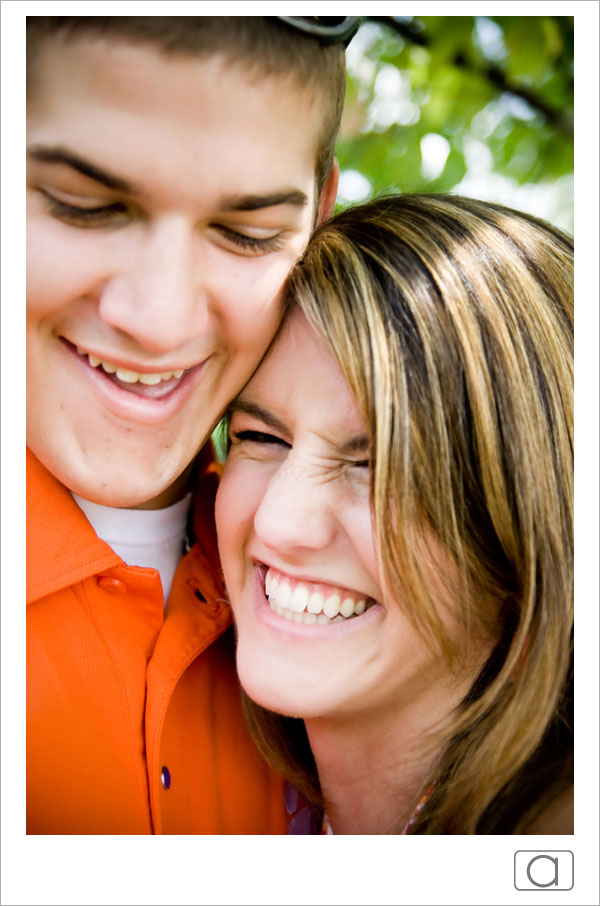 matt and i spent the rest of saturday exploring housing in a few of our favorite areas of atlanta (we found out our apt is going to be bulldozed nov. 09) and checking out the summer shade festival in grant park. i subtly mentioned that i’d like my face painted like a fairy but matt never really caught my hints- so instead he bought us honey sticks- those clear plastic straws filled with less than a teaspoon of glorious clover honey, love them! from there matt decided we should take some pictures and this ensued: 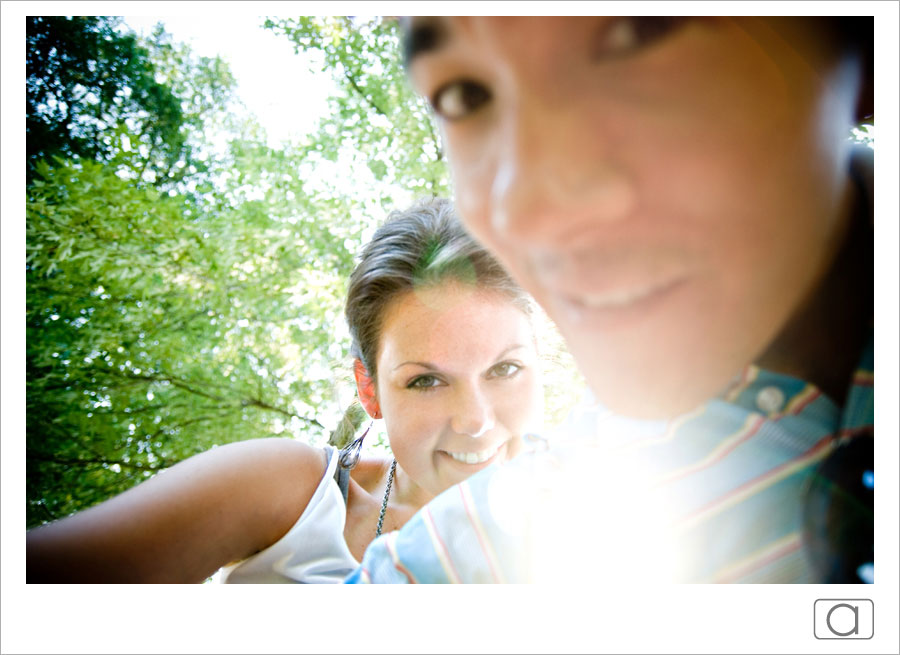 clearly his second idea was not my favorite: 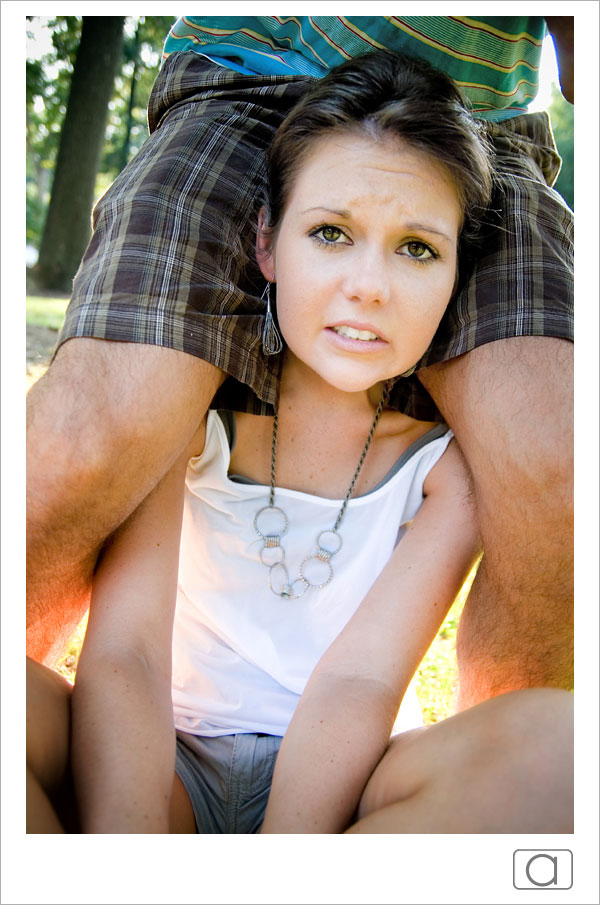 in case you were wondering how matt gets me to massage his back and make him sandwiches…it’s this face: 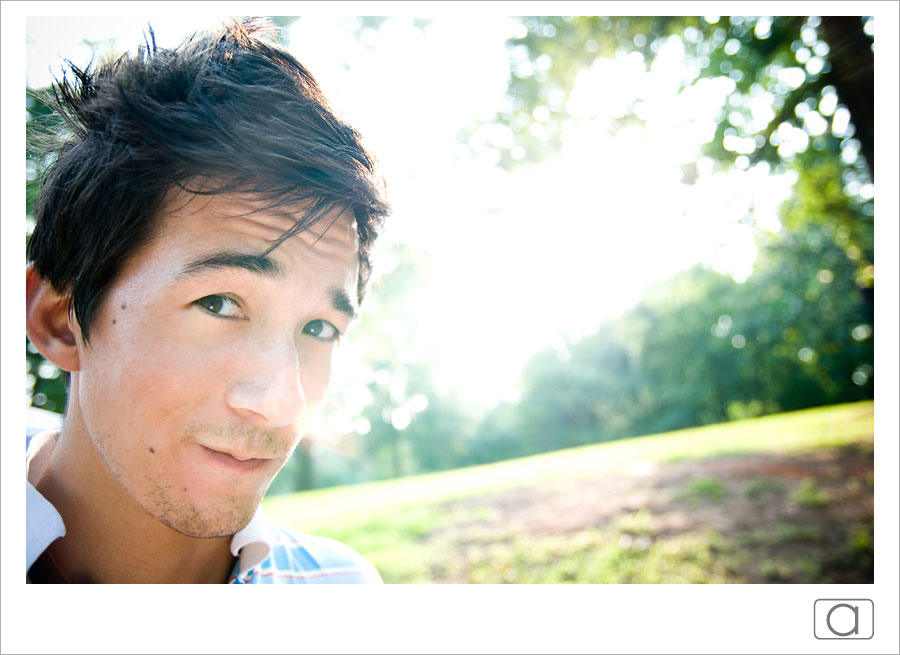 overall i must say, a great laborless weekend! 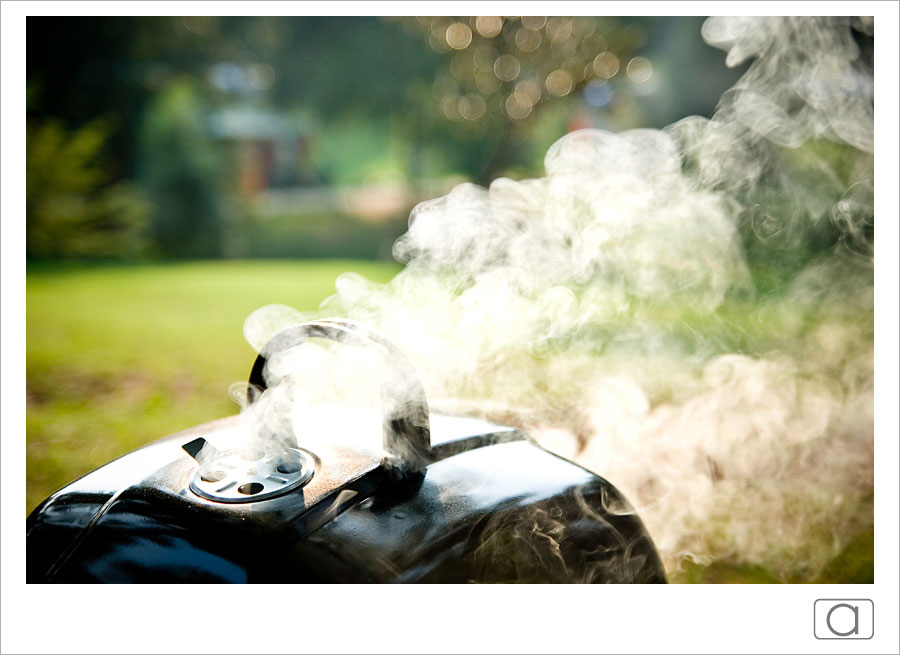